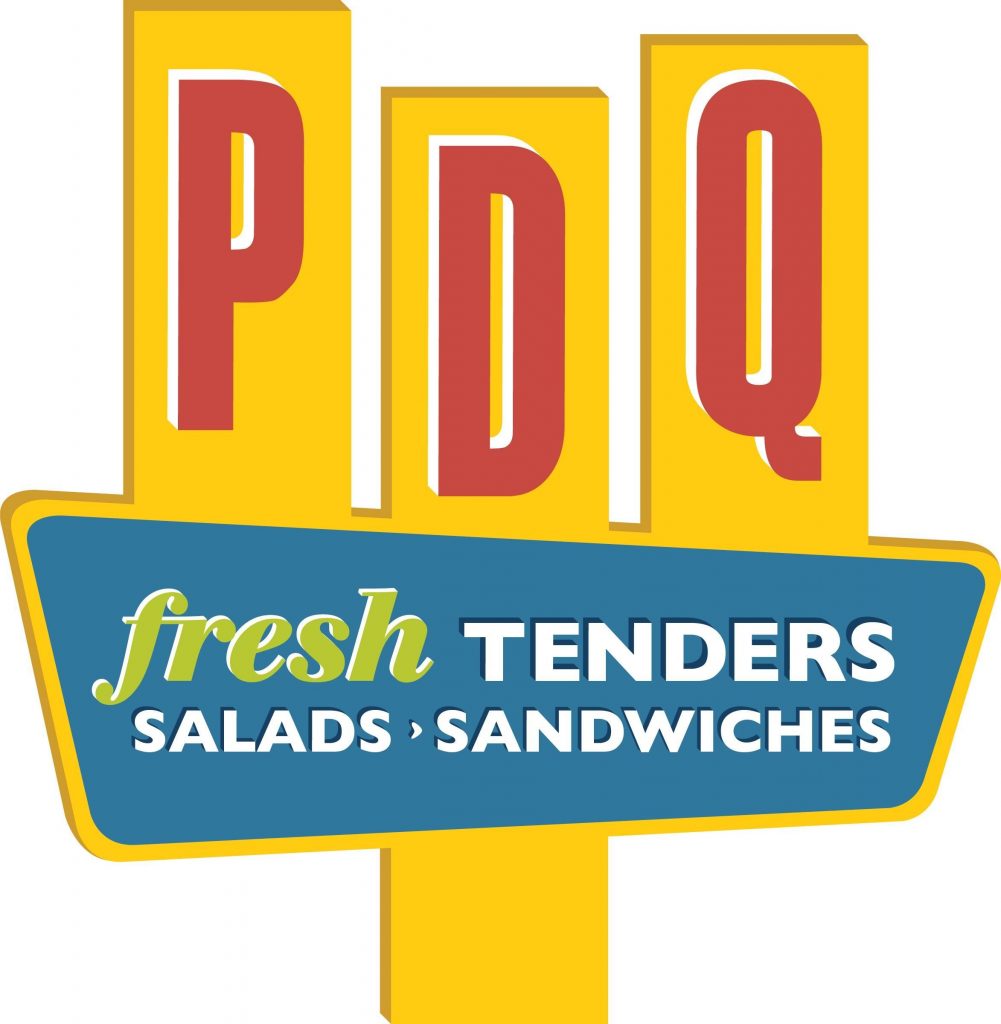 PDQ on Pelham Road and 85 has been open now for 7 months. PDQ stands for People Dedicated to Quality and is a 47 chain restaurant group based in Tampa, FL and founded by one of the founders of Outback Steakhouse. They are know for their chicken tenders, sandwiches and salads, hand cut fries and hand spun shakes.

PDQ falls into the fast casual food concept and the menu is small and almost solely focused on chicken. The pricing for dinner and lunch is mid priced (average $8.50 for a meal)and they have a drive thru and offer catering. They have 2 of the new Coke freedom machines and the restaurant is large, modern and clean with an open kitchen and bar type seating option that looks into the kitchen. Very family friendly and focused.

I’ve been to this location 2 times, once at lunch and once at dinner and neither of the times were they as busy as I would expect or I’m sure what they expect or experience in the FL area where they have greater brand awareness. I ran into a friend while there that owned several Sonic locations and I asked his opinion and his response was so so. He said that the bread they had was not fresh and there’s no excuse for old bread. He also mentioned that pricing was a little high for the food. I felt the pricing was in line based on other restaurants in the fast casual space. He mentioned visiting the charter store in Tampa and it was lined out the building and he was very impressed and felt this location had a long way to go and no one in the area is familiar with the concept.

Last night I had a chicken Caesar salad and they promote making all their own sauces and dressings in house. I tried a few dressings and was not impressed and both were very salty and the flavors did not excite me. I had a nice conversation with the manager only because dinner was dead while their neighbor Chick-fila had customers wrapped around their building. I learned a lot about the chain and the long term vision for the brand and the challenges they are having breaking into the Upstate community.

During my first visit I did try their signature chicken tenders and several sauces and was a fan of the tenders but really think they are missing the mark on the flavors of the sauces but just my opinion as I’m sure others love them. We tried their hand cut fries and shakes and both were good but neither blew us away. They do have the best straws for their shakes and see no reason other chains don’t get them too outside of cost. They had the fattest straws and made it much easier to enjoy the milkshake! They had us sample the blueberry cole slaw that they highly recommended and did nothing for either of us and wouldn’t order again.

I’ve heard mixed reviews from others that have been several times. I’m not sure it makes my WOM list and I wouldn’t drive out of the way to go there but wouldn’t not go if I was in the area and wanted to give it another shot and try something new. They have invested a lot of money on the restaurant and the concept and it was clean and well staffed but believe they still have a lot of work to get their volumes up to meet the chains goals. I give it a so so rating, didn’t love it and didn’t hate it and could easily see varying opinions on both sides.

Would love to hear what you have to say and your thoughts on PDQ.

You need to Login or Sign Up to submit a review